Catching up on blog updates! The last few days and nights to Copenhagen were long but lovely, filled with hours of sunshine and maybe a little too much motoring but some great sailing too! 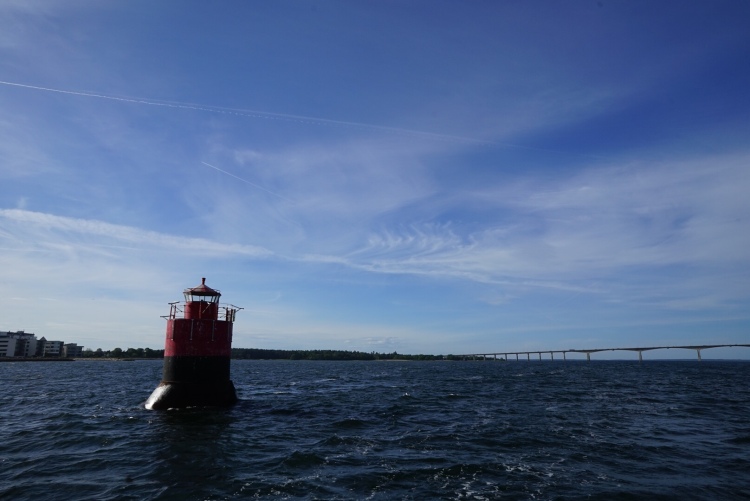 We set off from Kalmar bright and early on a Tuesday morning with no wind, no swell and very few boats for company. It was a glorious day however and we motored South in search of a couple of rocks called Utklippan. Without a chart I think we could’ve sailed straight past, missing them completely in the sunlight. 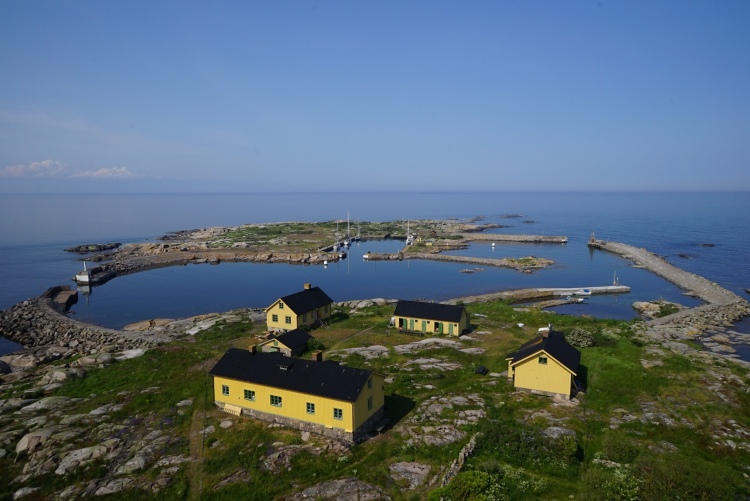 This little collection of rocks may be small but it is by no means insignificant. It comes complete with it’s own website (https://www.utklippan.eu) and divides it’s time between birds and boats. We lucked out, it’s still bird season! In the spring and autumn, twitchers come and spend a week at a time tagging migrating birds. They set traps on the beach and sit with their cameras at the ready – as soon as a bird enters a trap they run down, tag it and release it again. This enables tracing of bird migration patterns around the world. Apparently the record is 2500 birds in one day! Much of the islands are protected for breeding throughout the summer months. I’m sure our sightings were disappointing in comparison but we managed a few photos! 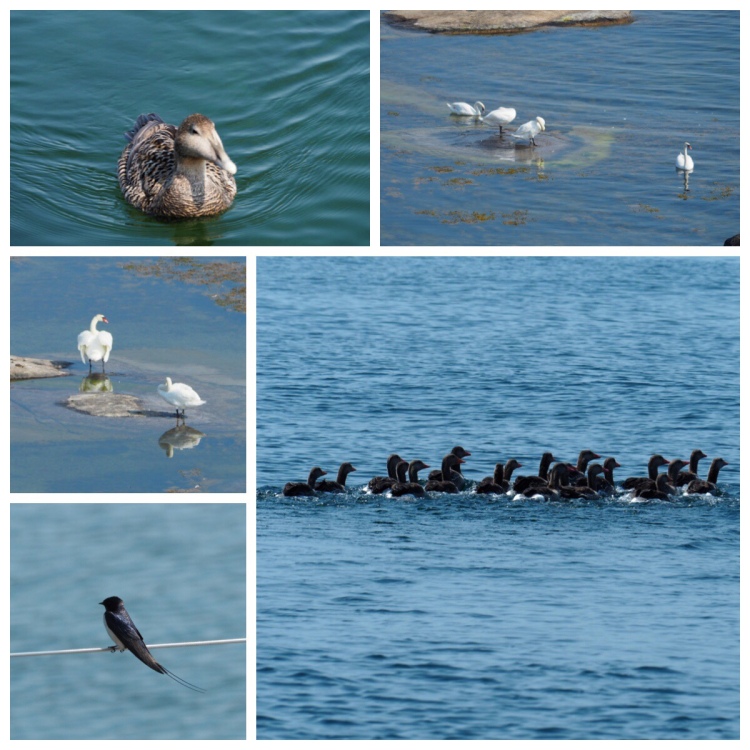 The island is also home to a lighthouse marking the Southeastern corned of Sweden. The harbourmaster, a lovely gentleman who spends his summers living on the island with his wife and two dogs (and winters sensibly in Majorca), kindly unlocked the doors so we could climb up and get some photos… 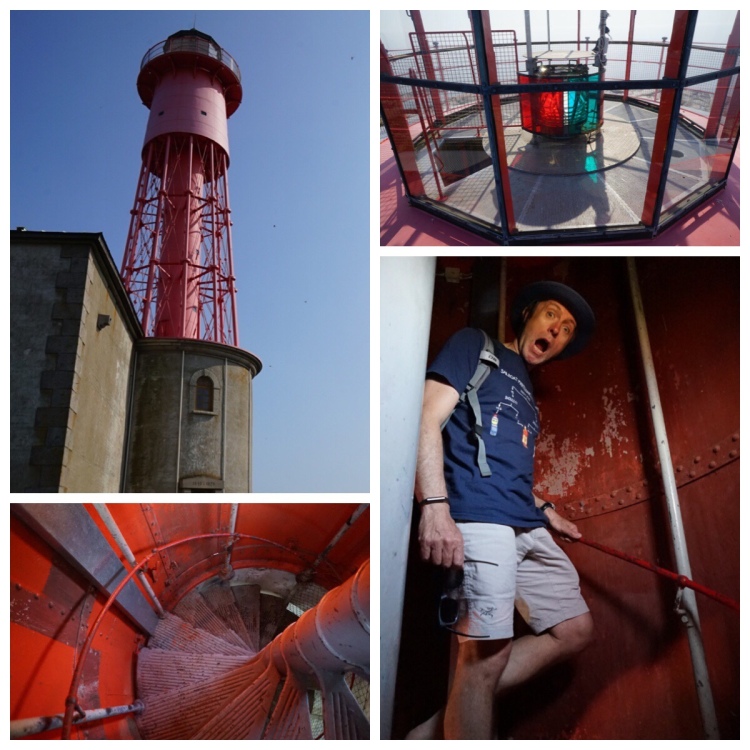 The view from the top was the best part though… 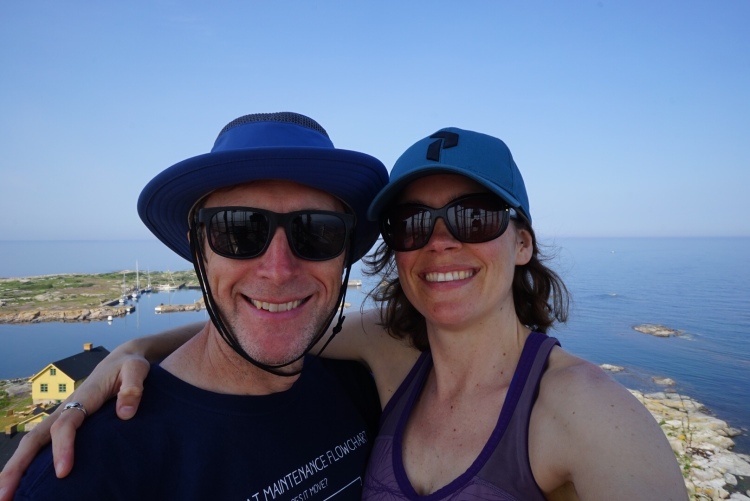 We had a little play with the drone, carefully out of the way of the birds although they didn’t seem particularly concerned. Footage to come later…

To get from one island to the other, the National Parks board has very kindly provided a little rowboat!

After dinner we set off again into the sunset for an overnight sail to Ysted. The forecast was for Easterlies to build slowly over the next couple of days and we wanted to make the most of them!!! 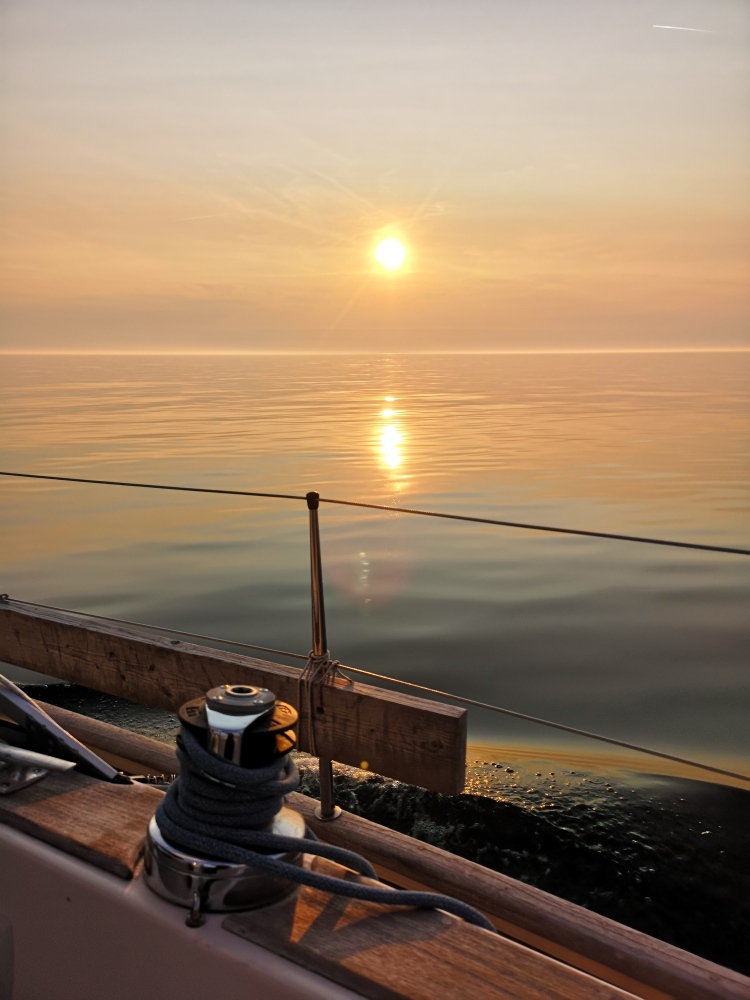 We listened to podcasts and stories as we settled into a watch system for the night, watching boats come and go on the AIS (or not as the case may be – we’re getting too used to this technology!). By about 7am we were sailing and by 9:30 we were pulling into Ysted marina. By 10:30 F was fast asleep again on deck in the sunshine (after bacon sandwich)! Still better than a nightshift at work…!

Ysted is another lovely medieval looking town filled with colour and character and most importantly, an INCREDIBLE ice cream shop!! Run by a friendly Swedish lady and her daughter, everything is homemade daily with local ingredients (including rhubarb grown in her friend’s garden – http://glassmakeriet.se).

We ran into Dr B (consultant anaesthetist from Fran’s work) and his father salty sea dog David! They joined us for some Swedish Fika on Hal and then we had a lovely dinner at the marina restaurant after wondering around and (in their case) victualling for further passages. It was absolutely lovely sharing Hallberg Rassy tips and hearing stories of some of the passages they’ve done in the past! Lots of experience there!!! 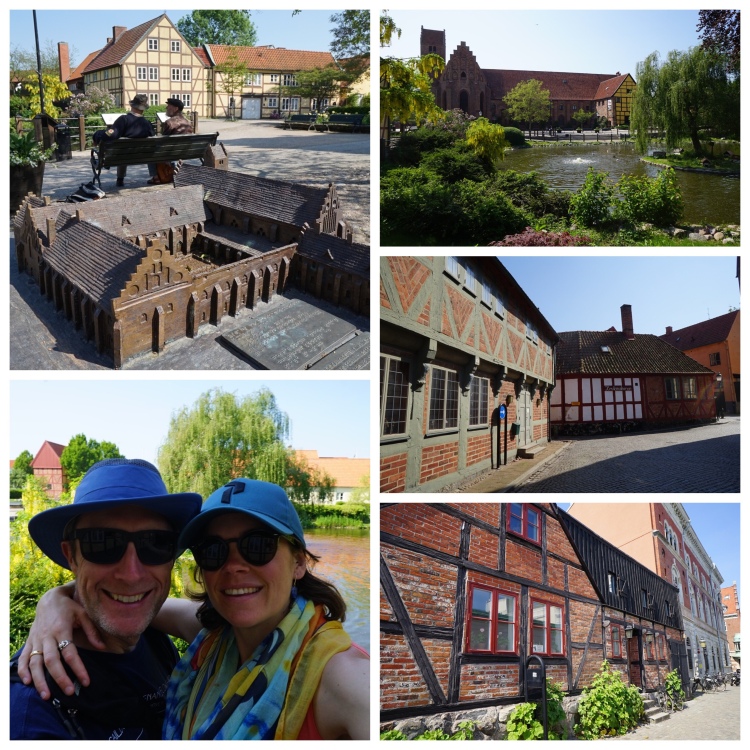 From Ysted we set off for Copenhagen where we planned to leave Hal – it was a lovely sail round the SE corner of Sweden and up into the channel between Denmark and Sweden. We arrived just in time as about an hour after tying up a big thunder and lightening storm blew through…!!!

With a day to spare, we had a good sleep thinking we were set for the next 6 weeks. However the following morning we met the what must be the only unhappy Danes in the happiest country in the world! Captain Haddock went to ask the harbour master about leaving Hal in the marina for a few weeks and he was grumpy, rude and told us there was absolutely no way he could accommodate us in his (massive!) marina. So we packed up (in a bit of a panic) and headed a little further north to find another place to stay. Fortunately we found a happier harbour master just a couple of miles north of Copenhagen and still easily accessible by train. He was happy to give us a berth and take our money for a few weeks!

Back in July for cruising with Lucy and Aled and his lovely daughters!

We are a couple who love to sail. Gareth is an award winning yachtsman who has traveled the world as a delivery skipper. Hal is the first big step to fulfilling his dream of taking his own boat into the Arctic Circle. Fran has been sailing, mostly racing, all her life. She is slowly learning the ins and outs of a cruising lifestyle. (Everything is a little bit slower...). Next year we plan to cross the North Sea (in April... don't ask) and cruise the West Coast of Norway before undertaking a three week expedition to Svalbard in July 2015. We will do our best to keep you updated as we get on...

View all of HalVentures's posts.